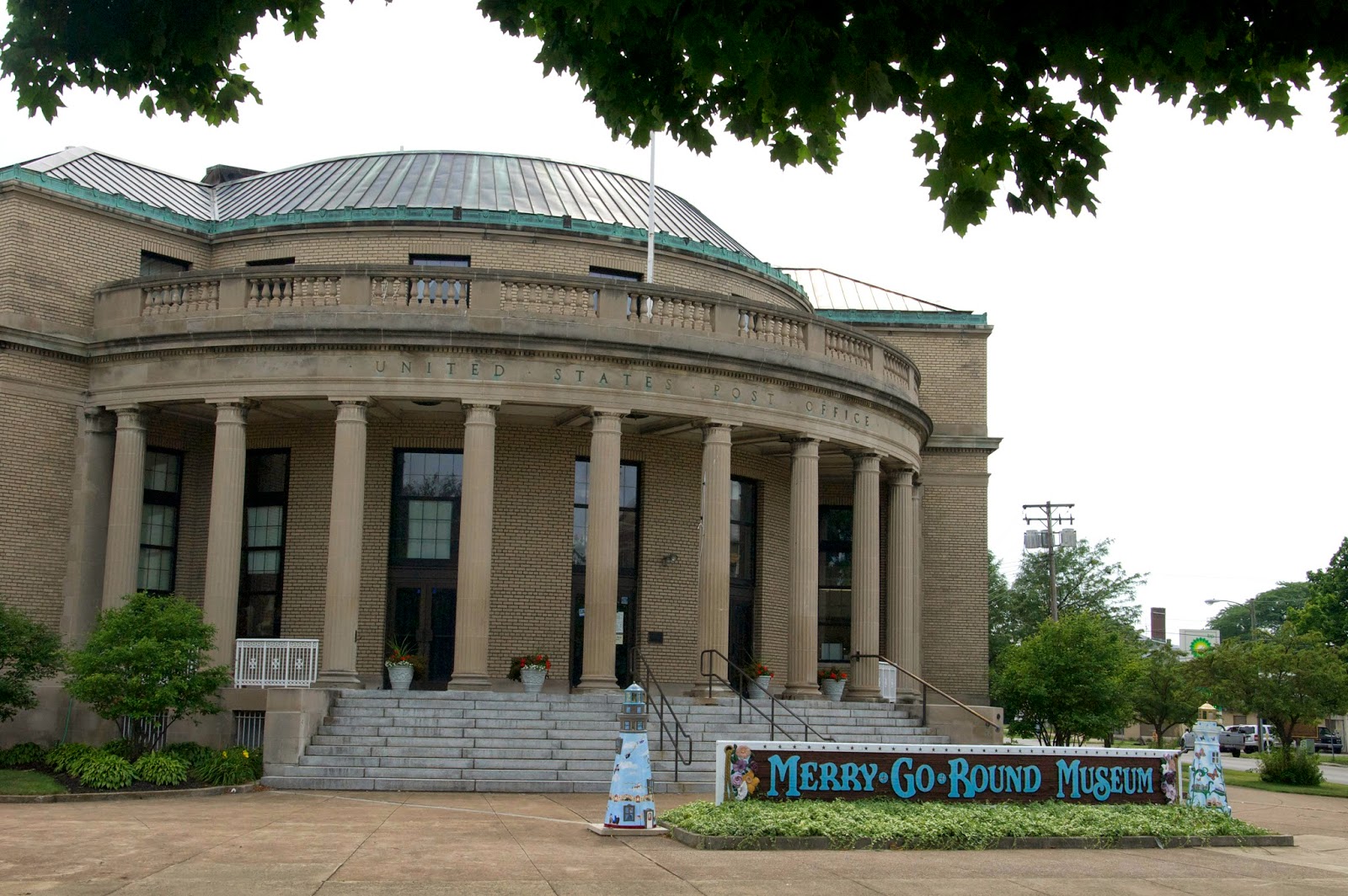 In addition to being known as "America's Roller Coast," Sandusky is also home to the Merry-Go-Round Museum. While this attraction may not rival the Millennium Force, its knowledgeable and friendly staff and beautiful historic carousel figures make it well worth a visit. For me, its location between Cleveland and Toledo made it a convenient attraction. This past weekend I was visiting some friends in Cleveland and then drove on to see my little brother who is interning at the Toledo Blade as a photographer. Stopping in Sandusky was a great way to break up my drive. I learned a lot during my short visit and even took a ride on the museum's own carousel after getting a little encouragement from the staff. They truly believe that carousels are a "joy for every generation."

While seeing beautifully carved and decorated wooden animals was the primary reason for my visit, the museum's informational signs and carving demonstration were what made a lasting impression on me. The museum pointed out many characteristics that are true for most carousels that I had not really realized. For example, did you know that almost all carousels spin counter clockwise? The museum displayed all of its carousel figures as if they were mounted on a functioning carousel. Deciding to exhibit the figures in this way made it so that the more decorated side, or romance side, of each carved animal could be seen by the viewer while the plainer side faced the wall. In carousel design, it is customary to make the side facing toward the outside of the carousel more ornate than the interior side because this side is seen more than the other. Consistently placing the carvings so that they appear to go from left to right also was helpful because it singled out one figure that did not follow this custom and faced the opposite direction. This figure was a British ostrich. Its orientation reflected the practice in the United Kingdom of constructing carousels to spin clockwise. 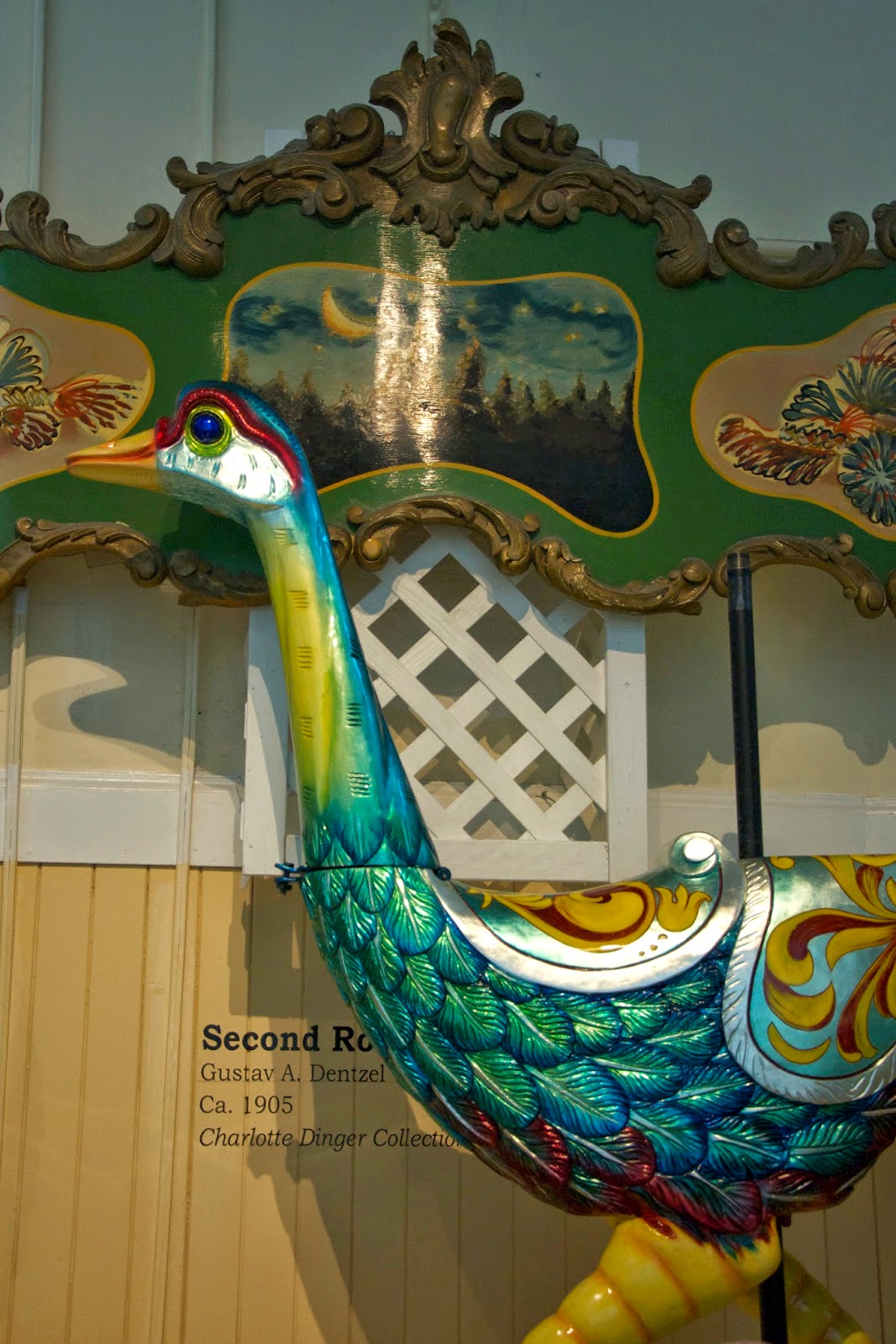 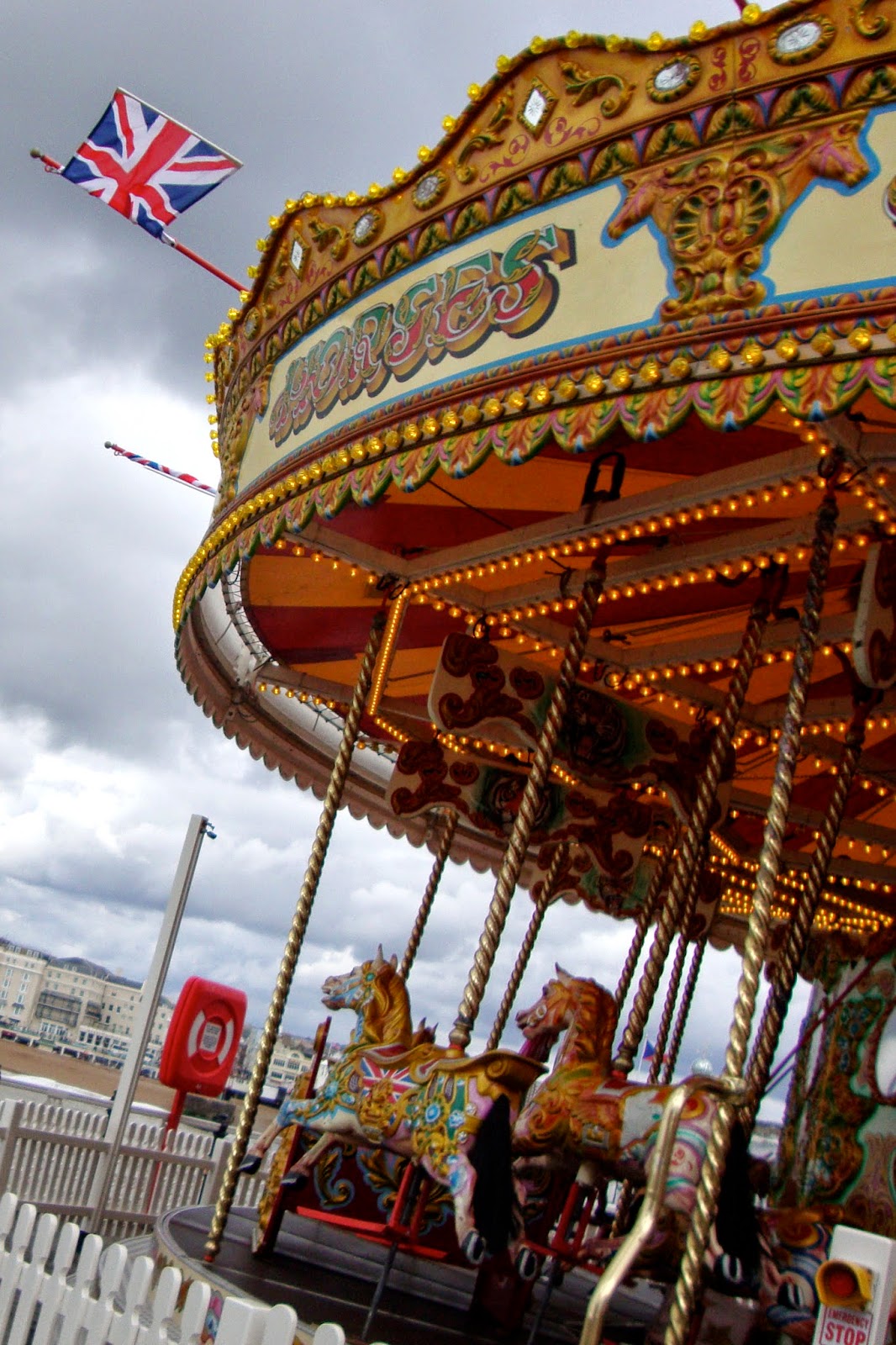 Carousel on the Brighton Pier in England -
Despite firsthand experience with British carousels, I hadn't fully realized they went in the opposite direction of American ones.

I also learned from the carving demonstration that most carousels are made out of basswood. This is because basswood has a very fine grain and is a softer wood. The close grain makes it so the wood is capable of rendering subtle details and can easily be painted over.

In addition, the museum made me aware of the major styles of carousel horses and the artists associated with each style. There are three distinct styles: Coney Island, Philadelphia, and County Fair. Coney Island figures are known for their use of gold leaf and elaborate decorations, the Philadelphia style is noted for its realism, and portability was a key feature of County Fair horses. The National Carousel Association's website provides additional information on these styles and prominent carousel artists. 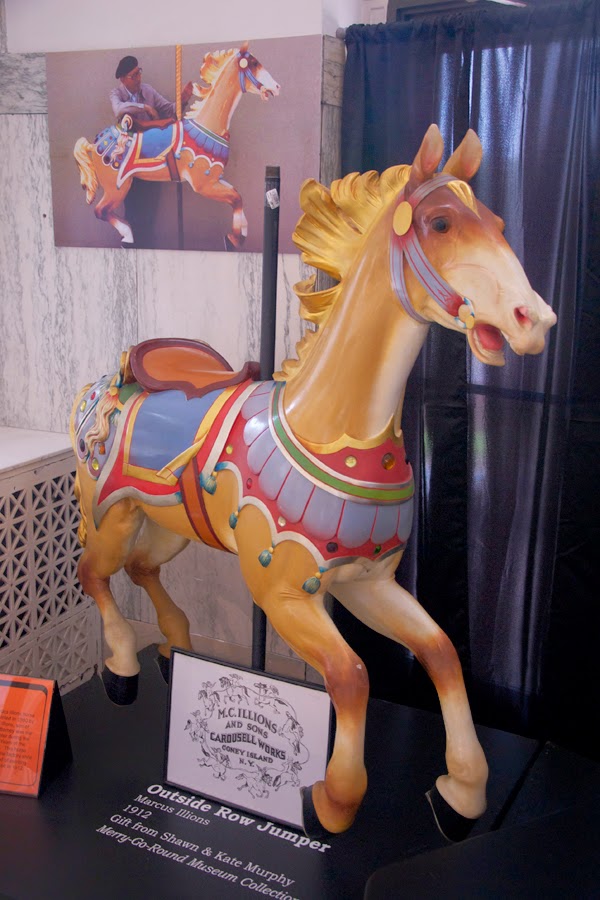 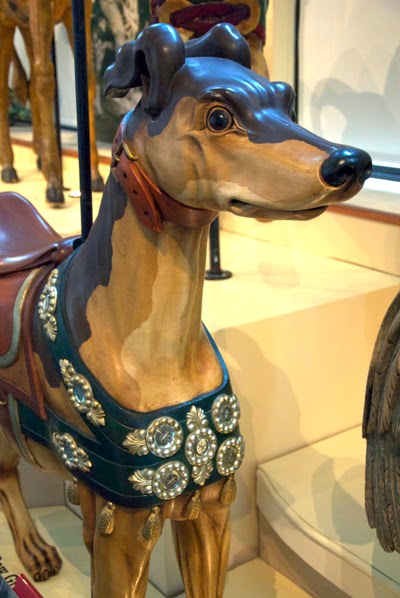 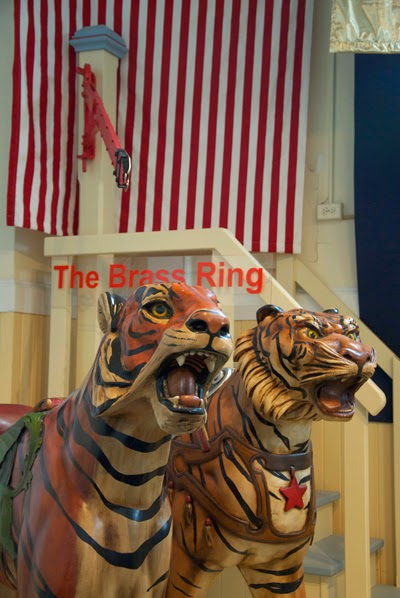 Front tiger by Gustav Dentzel (Philadelphia style) - Both animals are standers, or figures that do not move and are typically on the outside edge of the carousel. Brass rings were first added to carousels to entice riders to choose standers. 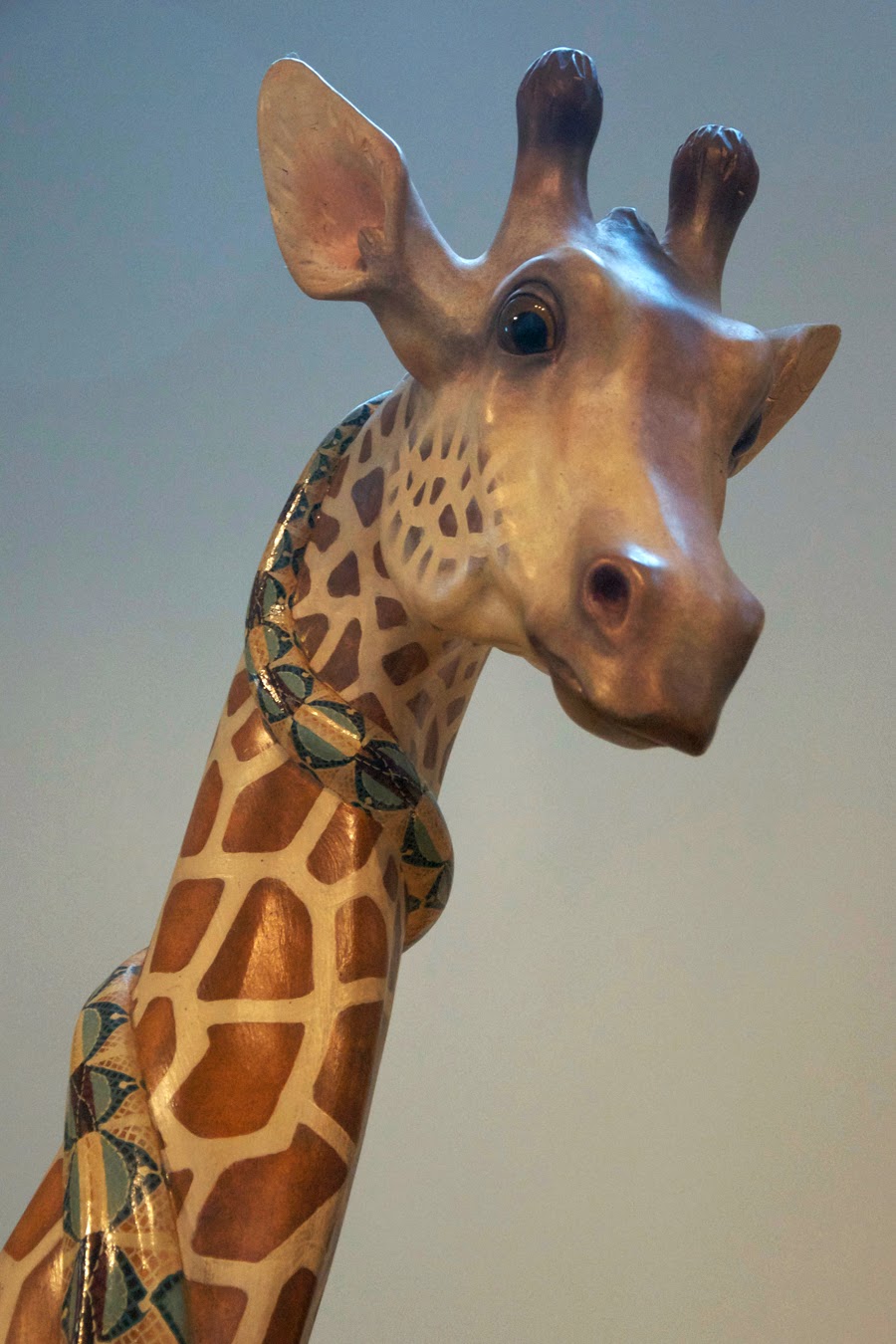 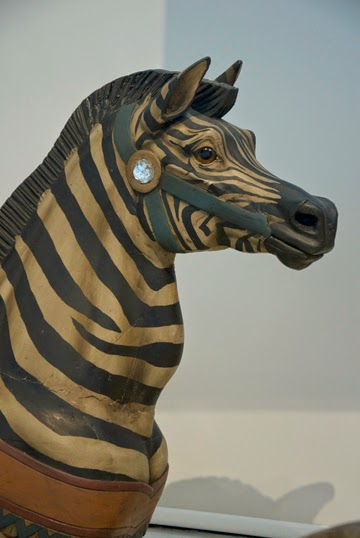 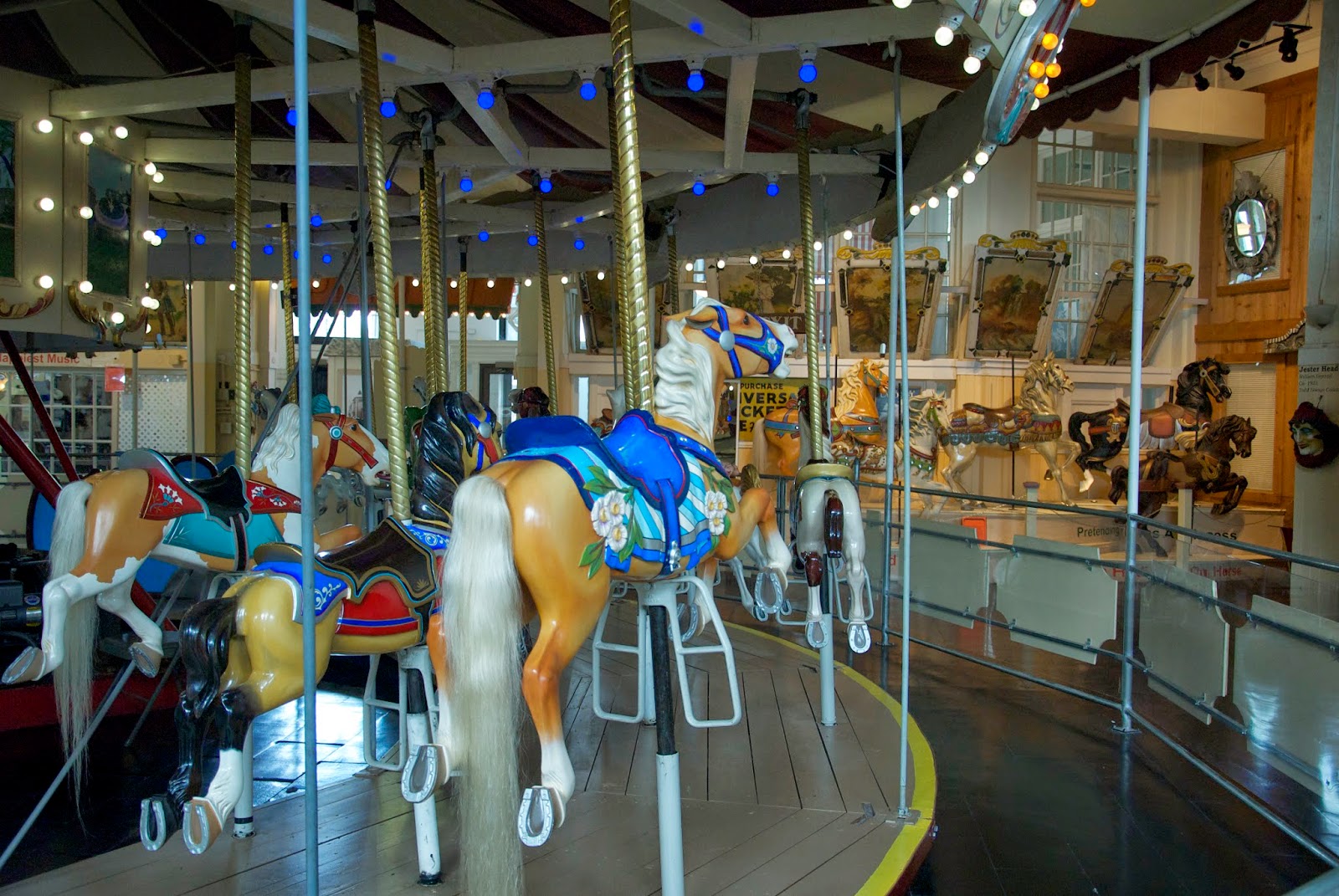 The functioning carousel within the museum follows the County Fair style. The figures are relatively small in size.

For a past horse lover and current student of art history, the Merry-Go-Round Museum was the perfect combination of fun and facts. If you're ever in Sandusky, consider stopping by the museum.
Posted by Meredith Hale at 6:26 PM No comments: